Harriet, the Tunnel Boring Machine (TBM) that is digging the twin tunnels under Biscayne Bay, began excavating the westbound tunnel from PortMiami to Watson Island on October 29, 2012. The tunneling process is expected to take approximately six months and should be completed by April 2013.

Trucking operations from Dodge Island to remove the excavated material and transport it to Virginia Key began on Thursday, November 1, 2012, and will continue throughout the six months of excavation. Most of the trucking operations will take place at night (7 p.m. to 5 a.m.), to minimize impacts to all port tenants.

By connecting SR A1A/MacArthur Causeway to Dodge Island, the project will provide direct access between the seaport and highways I-395 and I-95, create another entry to PortMiami besides the Port Bridge, and keep the port, the community’s second largest economic generator, competitive.

Additionally, the project will improve traffic flow in downtown Miami by reducing the number of cargo trucks and cruise related vehicles on congested downtown streets, and will aid ongoing and future development in and around downtown Miami. 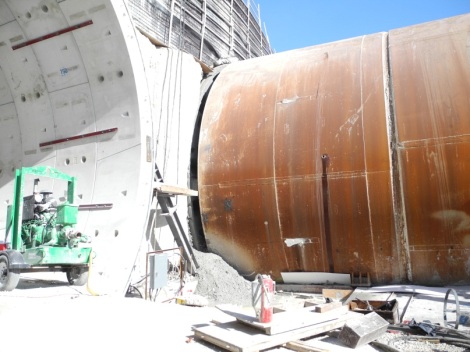