Governor Scott said, “Florida is the cruise capital and home to the three largest cruise ports in the world. Florida’s ports play a tremendous role in helping the Sunshine State remain an international destination for jobs and tourism – and by making investments in our ports, we will continue to attract more job opportunities and visitors to our state which will help our families find employment.”

The Sunshine State ranked first in the nation for cruise industry expenditures with $6.7 billion in direct spending, accounting for 35 percent of the total industry direct expenditures. Cruise industry spending generated more than 130,000 jobs and wages totaling nearly $5.8 billion in income for Florida workers. Florida also leads the country in resident cruise passengers with three million passengers, or 29 percent, of all U.S. resident passengers.

FDOT Secretary Ananth Prasad said, “FDOT is pleased to play a part in the continued growth of Port Everglades. We commend the port on this grand re-opening and look forward to our continued partnership in the future.”

Doug Wheeler, Florida Ports Council President said, “Because Florida currently leads the world in the ever competitive cruise business, it is critical that Florida’s ports have the resources necessary to maintain first-class facilities that will continue to attract cruise customers. Thanks to the ongoing port investments by the state of Florida under the leadership of Governor Scott and Secretary Prasad, Florida’s ports will be able to continue creating jobs and economic benefits for Florida.” 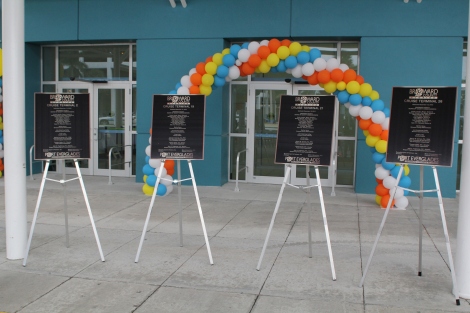