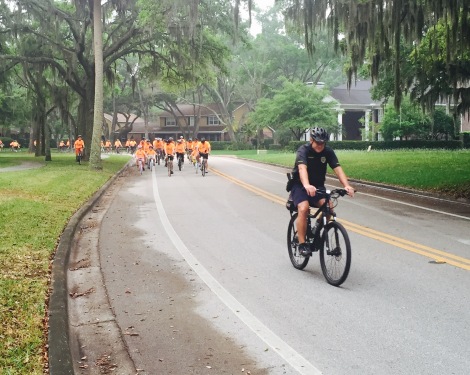 The free community event was held in recognition and celebration of Florida Bike Month. The festivities began at 7:30 a.m. with Mayor Chillura, Director McKishnie, and others speaking about the importance of bicycle safety, the role of bicycling as a mode of transportation, and the fitness and health benefits from sitting on a bike rather than the couch. Participating riders received free t-shirts, helmets, and bicycle lights (with free installation), courtesy of Tampa BayCycle (funded by the Florida Department of Transportation) and the New North Transportation Alliance/Center for Urban Transportation Research (CUTR). A series of “Bike Smart” classes also were also held throughout the entire month of March at various locations in Temple Terrace with important information on bicycle laws, riding safety, and more. 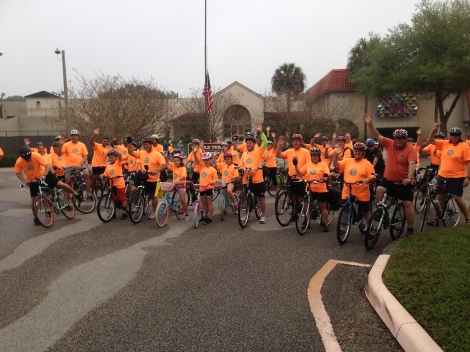